It’s been said that when it comes to the First Amendment, the tie goes to the speaker, not the censor.

The U. S. Supreme Court’s free speech decisions have generally adhered to that principle, but not always. The Court threw out campaign finance regulation partly because a speaker should have the autonomy to choose the content of his own message, and the regulations went too far in prohibiting campaign ads. We can expect to see plenty of free – and no doubt misleading – speech as the November 2008 elections approach. 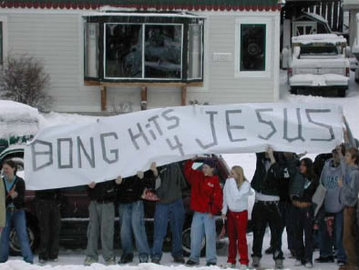 The same day the Court struck down bars on campaign ads, however, it upheld the decision of an Alaska school censoring a student’s banner in the famous “Bong Hits for Jesus” case. The court showed more deference to school officials than it did to a high school student’s free speech rights. Dissenting Justice John Paul Stevens stated, “In my judgment, the First Amendment protects student speech if the message itself neither violates a permissible rule nor expressly advocates conduct that is illegal and harmful to students. This nonsense banner does neither, and the Court does serious violence to the First Amendment in upholding – indeed, lauding – a school’s decision to punish Frederick for expressing a view with which it disagreed.”

Justice Stevens was right, in my view. The court should have displayed the same “tie goes to the speaker, not the censor” attitude in that case that it displayed when it came to campaign finance regulations.