The U. S. Supreme Court will soon hear a case which could do major damage to First Amendment free speech protections.

The case, U. S. v. Alvarez, involves the “Stolen Valor Act,” a 2005 law which makes it a crime to lie about having received a military medal of honor. The federal 9th Circuit Court of Appeals found the law unconstitutional but the Supreme Court on October 17 agreed to hear the case.

The 9th Circuit had held, “if the Act is constitutional…then there would be no constitutional bar to criminalizing lying about one’s height, weight, age or financial status on Match.com or Facebook, or falsely representing to one’s mother that one does not smoke, drink alcoholic beverages, is a virgin, or has not exceeded the speed limit while driving on the freeway. The sad fact is, most people lie about some aspect of their lives from time to time.” The ever-colorful Chief Judge Alex Kozinski commented that talking about oneself is “precisely when people are most likely to exaggerate, obfuscate, embellish, omit key facts or tell tell tales. Self-expression that risks prison if it strays from the monotonous reporting of strictly accurate facts about oneself is no expression at all.”

But 9th Circuit Judge Diarmuid O’Scannlain, who dissented from the court’s denial of rehearing, saw it differently, saying, “restrictions upon false speech do not receive strict scrutiny.” The 9th Circuit majority, however, held, “regulations of false factual speech must, like other content-based speech restrictions, be subjected to strict scrutiny unless the statute is narrowly crafted to target the type of false factual speech previously held proscribable because it is not protected by the First Amendment.”

No one argues that falsely claiming to have received a Medal of Honor is the highest and best form of free speech. But if the Supreme Court upholds the Stolen Valor Act it will likely expand the kinds of speech which are categorically exempted from First Amendment protection. This would create a slippery slope under which many forms of political speech might be subject to criminal sanctions if found to be untrue. After all, there is sometimes a fine line between the embellishments and half-truths which pervade political discourse, and the flat-out lies at issue in the Alvarez case. (Xavier Alvarez, a member of a water board in southern California, said in 2007 that he had been wounded as a Marine and had in 1987 received a Medal of Honor. He had never served in the military. The government prosecuted him and he conditionally pled guilty to violating the Stolen Valor Act, while reserving his rights to challenge its constitutionality. The Act imposes a penalty of up to a year in prison plus a fine; Alvarez was sentenced to three years probation and a $5,000 fine.) 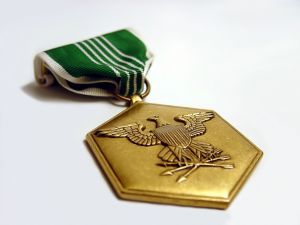 Consider the issue of “job creation,” sure to be front and center in the 2012 elections. In the recent campaign for San Francisco Mayor, one candidate said he had “created” thousands of jobs. His “creation”? He voted for tax breaks for companies located downtown. On the Presidential level, Mitt Romney likes to talk about his record of “job creation.” If he is lying about his record — his venture capital firms laid people off after leveaged buyouts — should he go to jail? The point is, criminalizing lies is likely to pose serious threats to free speech.

Our first President, George Washington, famously said he could not tell a lie and fessed up to chopping down a cherry tree, but few of his successors or would-be officeholders have held themselves to that standard.

The 9th Circuit struck down the “Stolen Valor Act” at issue in the Alvarez case because it was subject to strict constitutional scrutiny and was not narrowly tailored to achieve a compelling government interest. If the Supreme Court in the Alvarez case finds the lie at issue categorically unprotected, it will do major harm to free speech doctrine in a case which seems to be a victimless crime. After all, despite protestations that lies about the Medal of Honor might undermine troop morale, the country survived for over 200 years without the Stolen Valor Act (which was enacted in 2005), and Alvarez’s lie was easily detected and “punished” where it should be, in the court of public opinion, when he was “outed” in the press.

The First Amendment protects, and should protect, not just true speech but occasional misstatements. As the Supreme Court held in the landmark New York Times v. Sullivan case, “erroneous statement is inevitable in free debate.” The Supreme Court should affirm the 9th Circuit’s holding that the “Stolen Valor Act” is unconstitutional.